Why Deluxe Universal Resorts are worth it!

So, why pay the extra to stay in the very best? Number of amenities certainly make the top of the list along with the elaborate themes across the properties. Did you know, if you stay in one of the Premier Universal Resorts, your entire crew not only gets early access to Universal Studios and Islands of Adventure, you also get Express Passes.

What is a Universal Orlando Express Pass

One of the most coveted perks you can have in the Universal Theme Parks is the Express Unlimited Pass. First of all, you get these just by staying at one of the Universal Orlando Deluxe Hotels or the Loews Royal Pacific Resort. So what does the Unlimited Express Pass do? It gets you and your family front of the line access to all of the participating rides in Universal Studios and Islands of Adventure for every day you have passes to the parks. This does not work, however, at the Volcano Bay water park. Add up the cost savings and it is easy to see why many visitors bump up to one of the Universal Premier Resorts in Orlando.

Dining can get crowded at Universal Orlando, especially when it is the peak season. When you stay in one of the Universal Orlando Deluxe Hotels, this is not a problem. Simply because you are a guest at one of these Premier locations, you get priority seating at a select number of restaurants at the Resort, making your stay much more enjoyable.

Both the Hard Rock and Portofino Hotels offer complimentary transportation on their water taxi system. The Hard Rock Hotel is the Resort nearest the parks and City Walk so you might find it just as easy to take that 5 minute stroll directly to the parks without ever having to get on a boat or bus.

Since you are a guest of Universal Orlando Resorts, the added benefit of early park access is also in store. This will only grant you early entrance for the Wizarding World of Harry Potter (at least for now) but this is one of the most crowded area in the two parks so this is a wonderful addition to you visit.

Find your favorite characters walking around

Don’t be surprised if you find a Minion or two (or three or four) walking around the Deluxe Universal Orlando Resorts. Your kids will freak out when they see them and you can have a unique experience and wonderful picture taking moment to remember the trip by. 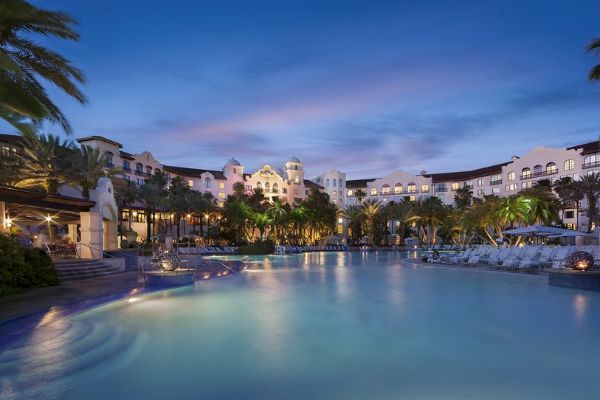 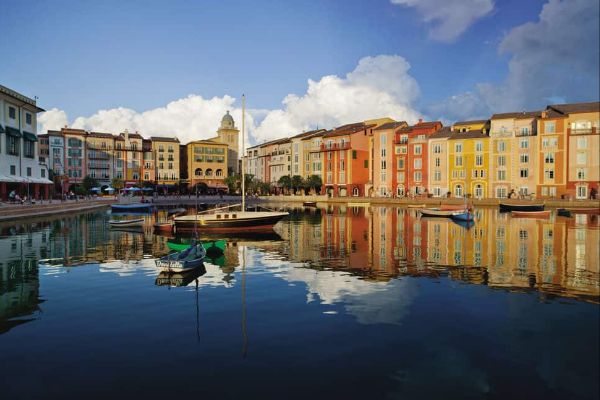